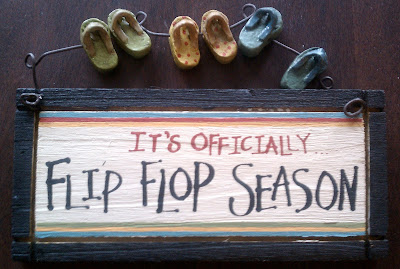 I am absolutely certain that raw vulnerability and the corresponding unbridled angst are the bane of the debut novelist. Thank You For Flying Air Zoe took about three years to go from the flicker of an idea to the bonfire of a full novel. During these years, I moved from LA to Seattle, got married in Maine, and essentially ended the novel as a totally different writer than the guy who started it. The Air Zoe project traveled some truly important miles with me, and in so doing, became indelibly etched into the scrapbook of these miles.

This book. It was so very important to me and my amazing new family.

I am also a nervous wreck of a writer with a jaw-dropping list of silly concerns...

Is there is an evasive typo somewhere in the story that dodged endless edits, and will somehow torpedo my fledging career?

Will '80s pop music darlings The Go-Go's take offense at my referencing them without permission and serve up a crippling law suit?

Will people even buy the book?

Vulnerability and angst are not emotions that can't be quantified.  Or are they? See, I think they are. I think they can be accurately measured with the employment of one cruel and uncompromising internet measuring stick...

As a reader, I never paid a speck of attention to this. I bought what interested me, regardless of where the book landed in global popularity contests. Yet in my first week of actually having a novel on Amazon, I have become mildly obsessed with checking my own Sales Rank. I have high-fived my wife upon cracking the top 100,000, and I have huddled in the corner gnawing on my hand when I slip below 300,000. Never mind that I don't have a clue what these figures mean - I just want that number as low as possible.

Or rather as high as possible.

See, I don't even know what I want. That's the power of the Amazon Sales Rank - it makes irrational buffoons out of all authors unequipped to fend off anxiety.

Anyway, yesterday was a big day for me on the charts. I rose to my highest point yet. Thank You For Flying Air Zoe was ranked #8,110. I had somehow, at least on this magical day, powered past novels by Snooki and Nicole Richie. And in my sights, literary wunderkind Justin Bieber and his recently released memoir.

For the record, at 17, I was not writing a memoir. I was skipping school to drink cheap beer on top of ski jumps, at the base of local ledges, and in the drivers' seats of logging equipment left alone for in local forests.

Suffice it to say, I don't give myself much of a shot at catching this kid. He's hovering near 3,000, and after yesterday's peak, I'm now at...

Ugh. 26,537. When I started writing this, I was climbing, and my ranking has risen from about 30,000 back up to 19,821. But now I see that I have tumbled a bit. Tuesday has become more Roller than Coaster. If anxiety is the bane of the writer, then the Amazon Sales Rank is uncut Kryptonite.

I expect that soon I will become immune to these numbers. And truth be told, my "obsession" has already become more of a comedy than a drama, which I suspect will allow me to maintain a proper perspective.

Still, who doesn't want their work to be admired, y'know? I have always aspired to both entertain my readers, and to a tangential extent, leave some sort of small positive mark upon their lives. This here is my first opportunity to do just that, and I hope I leave no bullets in the chamber in my efforts to win over as wide of an audience as possible.

It's cool. I've got faith in this book. I think we can go places.